A while ago when I went on a tour of the Markets of Warwick, I bought this beautiful traditional Zulu hat.  It is worn by married women on ceremonial occassions. 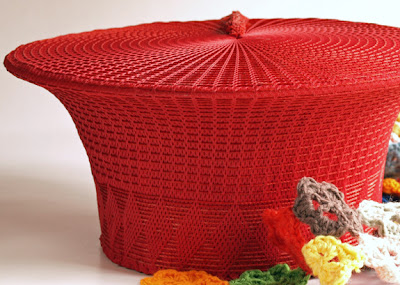 I thought it might look good hanging on the wall, but in the meantime, it makes a perfect home for my latest crochet project. 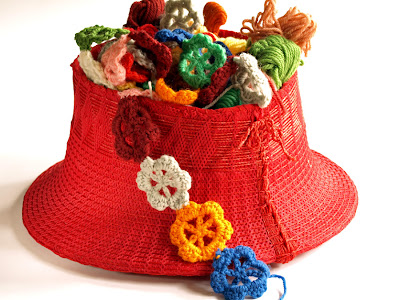 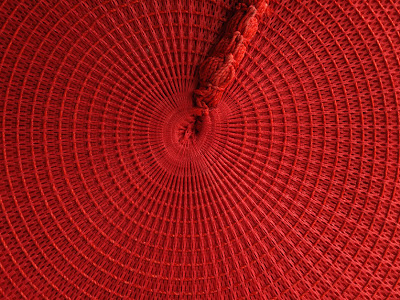 I love the concentric circles formed by the weaving of thread through the netting on the top of the hat.
Tomorrow the winner of the give-away will be announced!

What a lovely pic to post on Heritage day! I saw many women wearing traditional wear yesterday, and was struck by the colours and patterns.

And So I Whisper said...

Love the hat! And your crochet flowers:-)